The County Ground in Chelmsford will play the host for the next South Group game which will be contested between Essex Eagles and the defending champions Hampshire. The reigning champions have started their campaign for this season on the right note by winning all the four games they have played so far.

Essex Eagles, on the other hand, after a dominating show against Glamorgan where they registered a thumping 180 runs victory, slumped to three straight loss which has pushed them down to the sixth position on the points table.

Although, Essex Eagles have had the better of Hampshire in the past as they have managed to defeat them on 4 occasions out of the last 5. This would be the added advantage for the Eagles going into this game and they would eye to pounder on this psychological advantage. 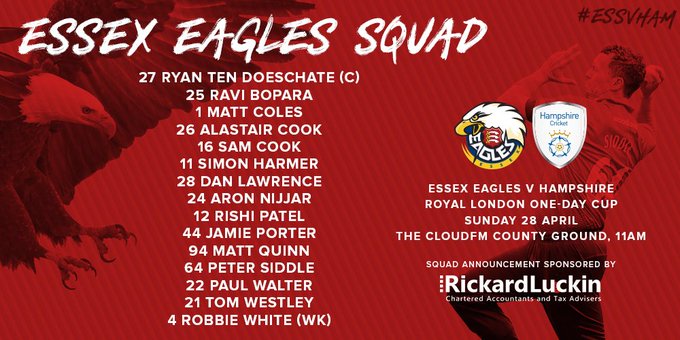 SQUAD: Matt Coles is in line to make his Eagles return as Anthony McGrath names a 15-man squad for the @RL_Cricket fixture against @hantscricket 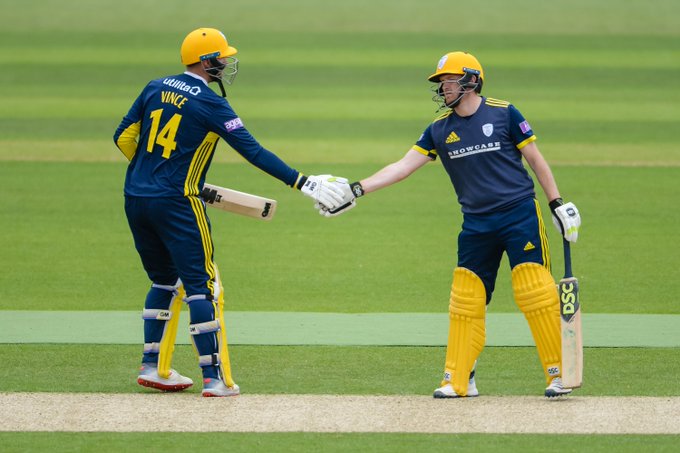 A 13-man squad has been named for tomorrow’s 50-over contest against @EssexCricket.

With a highest score of 190 runs in this season already, James Vince has notched up 355 runs to his name from just 4 innings with an amazing average of 88.75. Among others in the batting facet, Tom Alsop, Aiden Markram, and Sam Northeast will be the reliable picks.

Kyle Abbott is the leading wicket-taker with 10 scalps to his name. Liam Dawson has been outstanding with both bat and ball as he has scalped 9 wickets and scored 123 runs from 3 innings. Mason Crane is another reliable pick in the bowling department.

With two tons from two innings, Varun Chopra is leading the way with 238 runs to his name. Although, he didn’t feature in the last game still is their leading run-getter so far. Tom Westleyand Dan Lawrence are other safe bets here.

Players you need to pick in your Dream11 Fantasy Cricket team for the AUS vs NZ match Are you searching for AUS vs NZ Dream11 Team prediction of the match Australia vs New Zealand that...
Read more
Cricket Prediction

Players you need to pick in your Dream11 Fantasy Cricket team for the AUS vs NZ match Are you searching for AUS vs NZ Dream11 Team prediction of the match Australia vs New Zealand that...
Read more